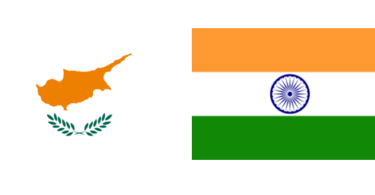 The new double taxation agreement between Cyprus and India

The revised double taxation agreement between Cyprus and India, which was signed on 18 November, has now been published in the Cyprus government gazette.

The DTA covers all taxes on income levied by either country or by any of a country’s subdivisions or local authorities, including taxes on capital appreciation and on gains from the alienation of movable or immovable property. The specific taxes to which it applies are, in the case of India, income tax, including any surcharge; and, in the case of Cyprus, income tax, corporate income tax, Special Contribution for Defence (commonly referred to as SDC tax) and capital gains tax.

Article 4 of the DTA reproduces the provisions of the OECD Model regarding residence verbatim, with the "tie-break" criteria for determining residence for individuals who are resident in both countries being permanent home and centre of vital interests, country of habitual residence and nationality, in descending order. If none of these is decisive, residence is to be settled by mutual agreement between the two countries' tax authorities.

For legal persons the place of residence is the place in which the effective management of the enterprise is situated. If this cannot be determined the issue will be settled by mutual agreement.

Article 5 of the DTA, which deals with permanent establishment, also closely follows the OECD Model.

A building site, a construction, assembly or installation project or a supervisory or consultancy activity connected with it will be deemed to be a permanent establishment if it lasts for more than six months. A permanent establishment will also arise when an enterprise provides services, including consultancy services, through employees or other personnel which continue for more than 90 days within any 12-month period. An insurance enterprise of one country will, except in regard to re-insurance, be deemed to have a permanent establishment in the other country if it collects premiums or insures risks there through a person other than an agent of independent status.

If an enterprise has a representative in the territory of a country who has, and habitually exercises, authority to conclude contracts in the name of the enterprise, or who habitually maintains a stock from which he regularly delivers goods or merchandise on behalf of the enterprise or habitually secures orders for the enterprise, the enterprise concerned is deemed to have a permanent establishment in respect of any activities which the person undertakes for it. As in the OECD Model, the DTA provides that an independent broker or agent who represents the enterprise in the ordinary course of business will not be caught by this provision. Particular care needs to be taken regarding the issuing of general powers of attorney so as not to risk unintentionally creating a permanent establishment, with potential adverse consequences.

As in the OECD Model, income from immovable property may be taxed in the territory of the country where the property is situated.

Article 7 of the DTA follows the principles contained in the corresponding article of the OECD Model, but includes a number of amplifications and clarifications.

Intra-group management charges, interest, royalties and the like are disregarded for the purpose of determining the profits of a permanent establishment.

Profits of an enterprise from the operation of ships or aircraft in international traffic (including interest directly related to such operations and income from containers, trailers and related equipment) are taxable only by the country in whose territory the enterprise is resident. Income from the use of containers, trailers and related equipment entirely within a country may be taxed in that country.

Article 1 of the protocol makes clear that dividends paid by Indian companies are currently exempt from tax by virtue of section 10 (34) of the Income-tax Act, 1961 and that, so long as this continues to be the case, there will be no withholding tax from dividends paid by an Indian company to its shareholders.

Similarly, there are no withholding taxes on dividends paid overseas from Cyprus.

No withholding tax is levied on interest paid overseas from Cyprus, so the effective rate for Cyprus is nil.

Royalties and fees for technical services arising in one country and paid to a resident of the other may be taxed in the country of origin. If the beneficial owner of the income is a resident of the other country the tax may not exceed 10 per cent of the gross amount. As with interest, relief is restricted to arm’s length amounts where transactions involve related parties.

Gains derived from the disposal of all other property (including ships or aircraft operated in international traffic) are taxable only by the country of residence of the disponor.

Elimination of double taxation is achieved by the credit method. The credit is limited to the amount of tax that would be payable on the income concerned in the country of residence.

The exchange of information article reproduces article 26 of the OECD Model Convention almost verbatim. It adds a provision enabling a recipient of information to use it for other purposes than those specified on condition that the laws of both countries permit such use and the competent authority of the country providing the information agrees.

Article 4 of the protocol makes clear that neither country is obliged to carry out measures at variance with its laws, administrative practices, or public policy with respect to the collection of its own taxes. In this regard, it is important to note that Cyprus’s Assessment and Collection of Taxes Law provides robust safeguards against abuse of any information exchange provisions by requiring the country that requests information to fulfil rigorous specified procedures to demonstrate the foreseeable relevance of the information to the request. A request must be much more than a brief email containing the name and identifying information of the individual concerned. Rather, a detailed case must be made, with the criteria set out in a formal, reasoned document. In effect, this means that the authorities requesting the information must already have a strong case even before they request the information.

Assistance in the collection of taxes

The DTA reproduces the corresponding article of the OECD Model Convention almost verbatim. It adds a provision making clear that the agreement does not give either country access to the courts of the other.

Entry into force and termination

The agreement will enter into force when the two governments inform one another that their requisite constitutional procedures have been completed. Its provisions will have effect from the beginning of the following tax year. In Cyprus the tax year is the calendar year and in India it is the year beginning 1 April.

Termination of the agreement will require written notice by either country given at least six months before the end of any calendar year, whereupon the agreement will cease to have effect from the beginning of the following tax year. Notice may only be given after the agreement has been in force for five years.

India is among the world’s largest and fastest-growing economies, and the signature of the agreement marks a significant milestone in the restoration of normal tax relations between the two countries and provides great opportunities for both trade and investment. While the revised agreement no longer provides exemption from capital gains tax on investments made after 1 April 2017, it places Cyprus on no less advantageous a footing than Mauritius and Singapore in this regard.