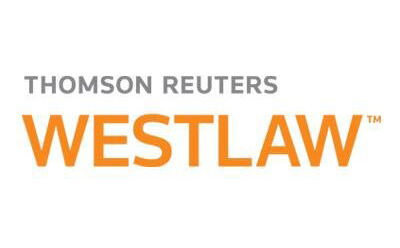 Building Intra-Judicial Dialogue: The Relationship between the ECJ and Cypriot National Courts

In an article in the October 2016 edition of the European Law Review, Constantinos Lycourgos, a Judge of the European Court of Justice, uses the example of Cyprus to show how national courts can develop and benefit from intra-judicial dialogue with the ECJ and develop good practice by national judges.

One of the aims of the ECJ is to achieve uniformity between EU member states in relation to the way that national courts interpret and implement EU law.  It has created an intra-judicial dialogue between the ECJ and national courts through the preliminary reference procedure as it is important that both courts cooperate and assist each other to achieve that target.

Since Cyprus joined the EU, the Cypriot courts have shown a willingness to adopt and implement EU laws.  To facilitate this, several amendments were made to domestic laws, such as the amendment of subs 2A of s.25 of Courts Law, in order to align them with EU law. Article 267 TFEU is reflected in national courts which results in the national courts having the right, and not the obligation, to refer to the ECJ for preliminary reference.  This can give rise to arguments regarding the extent of the right of appeal against a national court decision not to refer to the ECJ for preliminary reference.   There may be some judicial remedies for a decision not to refer to the ECJ.  In the case of Theosavva Co v. Attorney General, the Supreme Court refused to allow an appeal against the decision of district court not to refer to the ECJ but it was stated obiter that an appeal for preliminary reference would only be allowed if it was based on the substance of the case. Another remedy that may be used is the certiorari, even though it may be argued that it is not enough as such instrument to control the reference of questions to the ECJ.

It is certain, however, that intra-judicial dialogue between the Cypriot courts and the ECJ continues to develop. Judge Lycourgos cites a number of cases which illustrate this. Cresencia Cabotaje Mortilla v Republic (2008) 3 CLR 988 SC is a case in which the Cypriot courts were initially reluctant to refer a matter to the ECJ.  Another landmark case is Michalias v Ioannou – Michalia (2009) 1 CLR SC.  In this case the Supreme Court decided to refer to the ECJ a question which the ECJ subsequently found to admit of no reasonable doubt.  Notwithstanding these issues, the Supreme Court has proved that it can also be a good example for preliminary reference to ECJ through the case of Alpha Bank Cyprus Ltd v. Si Senh Dau, Joint Civil Appeal (2013)SC.  Judge Lycourgos expresses the view that other courts should follow the method of the Supreme Court, in the latter case, of explaining the reasons for referring the case and when is the right moment to do so.  In addition, according to the said case, the reference to ECJ should be made at the final stage of proceedings.

A further example of the experience of the Supreme Court is the creation of “soft” criteria as to whether it should refer to the ECJ, such as whether it is able to decide the case with certainty, in contrast to the courts of first instance, which rely mostly on EU case law.  Judge Lycourgos takes the view that it would be beneficial to extend the parties’ involvement in drafting the questions of reference, which is limited in Cyprus, compared to other countries, and that involvement of both parties would be beneficial for the procedure.

In conclusion, it is apparent that Cypriot courts are making progress in developing a consistent approach to the question of reference to the ECJ.  The Supreme Court has a vital role in the development of the preliminary reference procedure in Cyprus