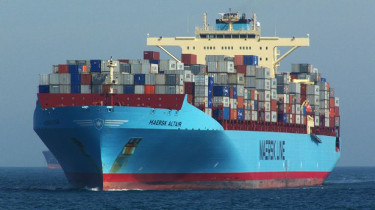 The Department of Merchant Shipping has informed owners, operators and managers of Cyprus ships of the adoption, under the tacit acceptance procedure, of the 2014 amendments to the Code of the Maritime Labour Convention of 2006, which were approved by the 103rd Session of the International Labour Conference. The amendments, which enter into force on 18 January 2017, relate to Standard A2.5, regarding repatriation of seafarers, and Standard A4.2, which deals with the shipowner’s liability in respect of compensation in the case of a seafarer´s death or long term disability due to occupational injury or illness.

Maritime Labour Certificates and Declarations of Maritime Labour Compliance issued before 18 January 2017 will remain valid until the first renewal or intermediate inspection.

For vessels registered under the Cyprus flag on or after 18 January 2017, an amended form of DMLC Part I will be issued.

As noted above, DMLC Part I documents issued prior to January 18 2017 will remain valid until the vessel’s next MLC renewal or intermediate inspection, whichever occurs first. Nevertheless, although DMLC Part I remains valid, shipowners must comply with the new requirements from 18 January 2017 and are expected to update their DMLC II, initially by way of an addendum, to reflect the new requirements. Shipowners should submit an application for the issuance of an amended DMLC Part I to the DMS approximately 45 days prior to the vessel’s next MLC renewal or intermediate inspection. The application form is available on the DMS website.

The Cyprus Port State Control authorities will apply the new standards to foreign vessels calling at ports in Cyprus from 18 January 2017.